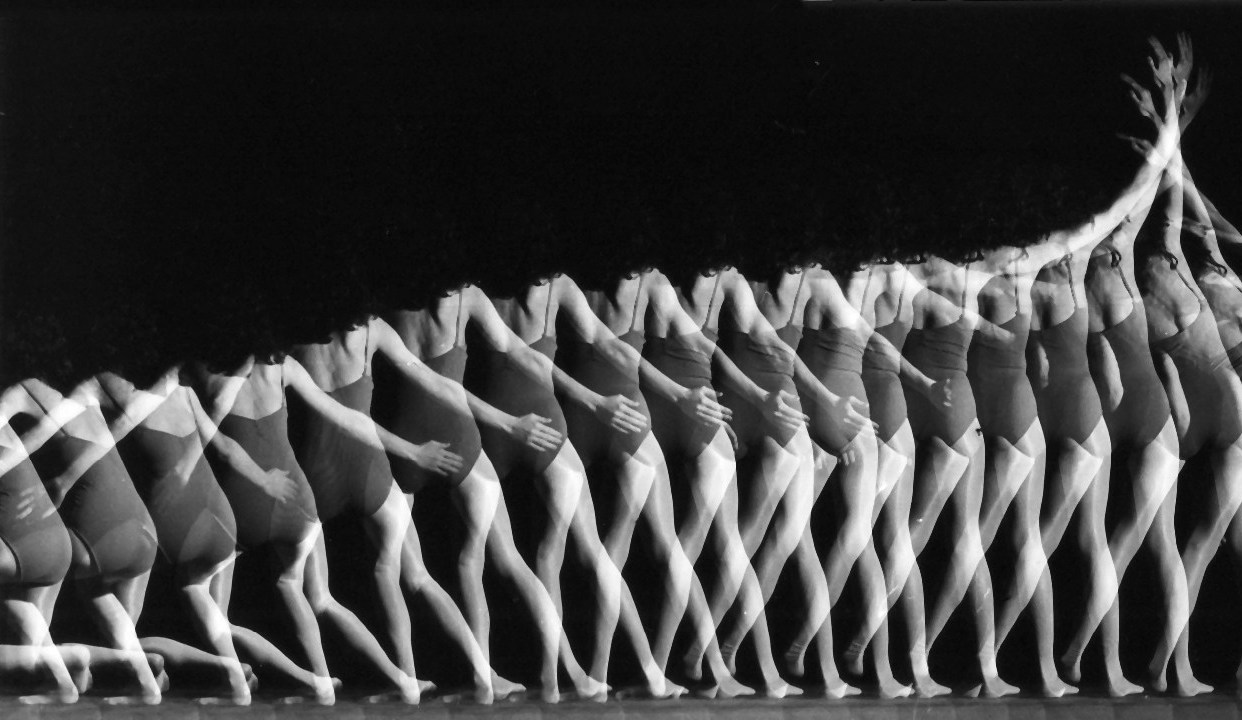 What do a ballet, a syringe box in hospitals and the security check in Copenhagen Airport have in common? Not much, you might think. But that is not true. To understand the principle of behavioural architecture that binds these three things together, we first have to take a look at the three fundamental questions of behavioural change.

These three fundamental questions have proved to be essential to create an effective and successful change in behaviour. This is evident, as almost everyone who teaches in the discipline of behavioural design use these questions as a part of their teaching material.

However, as many of you have experienced, it is not always straight forward to answer these questions. It is typically question 2, concerning the appropriate behaviour, which gives rise to problems.

Examples could be that we want employees to show up for meetings on time, high school students to drink less alcohol, citizens to stop smoking, or to prevent people crossing railway lines. But none of these “stop-goals” tell us anything about what we would like people to do instead of what they are doing now. And if wedon’t know what we want people to do instead, how should they ever be able to know it?

As if that wasn’t enough, even if we have a fundamental understanding of what the more appropriate behaviour would be, we have a tendency for vagueness in specifying it. We forget to think through exactly which actions the alternative behaviour implies. The result is that the attempt to nudge behavioural change ends stranded in a half-baked intervention without any effect.

It is exactly in this state of the development of nudges that the fundamental principle of behavioural architecture, called action choreography, comes into play.

The easiest way to understand what lies behind the term action choreography is by starting with the well-known term choreography. Choreography is the discipline of designing sequences of movement for physical bodies, or the depiction thereof, such that both movement and form is specified. The concept can refer to the process and the result, both being termed as choreography.

Traditionally, the discipline is obviously known from ballet, theatre, and ice skating, but choreography is also a fundamental component in cheerleading, synchronised swimming, and gymnastics. Once you realise that the beauty and effectiveness of these activities is only possible because there is a planned and carefully considered choreography, you will see that a wide range of other activities and actions can be choreographed.

As an example, choreography is a key concept and a carrying element in surgery. Surgeons and nurses are trained in the coordinated sequences of actions, which in the end lead to a bypass operation. Likewise, the movements of chefs and waiters at restaurant NOMA in Copenhagen is choreographed, so the guests are served in a fluent, coordinated, and effective dance. The same applies for police forces when they break into a house, in a choreography designed to defuse the unexpected with a series of movements that provide maximum protection of colleagues and innocents.

It is, however, important to note that the term choreography is not only used with regard to coordination of a group’s actions and movements. The term is just as relevant when it comes to the choreography of basic patterns of actions in everyday life, where the surroundings are not only props, but can be arranged in order to enable and support appropriate actions.

During the time when Pelle was a student, he worked for many years as a waiter and bartender in various bars and restaurants. An important part of that work was the arrangement of the cocktail bar, such that one could easily, elegantly, and not least effectively, reach the shaker, ice, gin, vodka, vermouth, peeler, and lemon at high speed, in order to make a Vesper without bumping into a colleague or accidentally hitting a customer with a wayward elbow. The same applies in a car, where buttons, handles, and pedals must be arranged so they do not inadvertently cause an accident while driving. Just try to imagine what would happen if the clutch in a car was moved to the middle, between the brake and accelerator. The result would be that all drivers navigating in cities would be forced into a dangerous river dance with their feet.

It is the work related to developing behavioural architecture, so appropriate sequences of physical bodies movements become obvious, that we denote action choreography.

Action choreography can obviously be applied to a wide range of areas. Of these, the work environment is probably the most important. A couple of years ago we were teaching a nurse from a hospital. She works with reducing puncture wounds, i.e. when nurses, surgeons and other staff at the hospital get cut by one of the many sharp objects they work with every day. Calculations have shown that the cost of a nurse being cut by a used syringe is 4.800 DKK. In addition to that comes the concerns and feelings of insecurity about the diseases you risk being infected with by coming into contact with a used needle.

The nurse had however noticed that some puncture wounds – especially in the left forearm – occurred when nurses removed needles from the syringes. This is done to throw the needles into a special box, so that they can be handled as safe waste. By going through the sequence of actions involved she quickly discovered a possible explanation. If the syringe box was placed on the left side of the table, it meant that she, being right-handed, should lean over her left forearm with the needle. This resulted in an unnecessarily high risk for puncture wounds. The solution was thereby quite simple and obvious – namely to move the syringe box to the right side of the table. It was a good idea as most people are right-handed, although it was of course unfortunate for the left-handed minority.

A particular area within the work environment where the application of action choreography is obvious is in ergonomics. One example of this is from Copenhagen Airport, where the security staff were quite fed up with helping travellers push their trays through the x-ray scanners. That was understandable, as a report assessed that the security staff often pushed more than 100 trays per hour at each luggage belt. It might not sound like much, but just imagine if you had to push the top shelf of the dishwasher machine in place, every day, every minute, all year around. 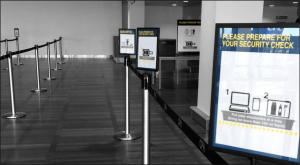 Not surprisingly this constant movement was associated with pain in muscles and joints. The question was whether considerations based on action choreography could provide insights into how to change the behaviour of the passengers, so they to a larger degree pushed the trays themselves. This would thereby contribute to minimising the one-sided physical strains the security staff were exposed to. The answer to this was surprisingly simple, but was only revealed by a thorough observational study and diagnosis of how the movements of the security staff played along with the behaviour of the passengers.

So the simple conclusion of the study was that the security staff should, as much as possible, follow the simple, albeit somewhat counterintuitive, action choreography of keeping some distance from the belt. (Hansen et al., 2015). In other words, the behaviour of the staff influenced the behavioural pattern of the passengers, by creating misguided expectations among the passengers and thereby their inappropriate behavioural pattern.

The point of all this

So back to where it all started: What do a ballet, a syringe box in hospitals and the security check in Copenhagen airport have in common?

The answer is that the success of all three related activities depends on a sequence of appropriate actions being thought through and implemented – an action choreography. While there is both a choreographer and director directing and training the ballet dancers, this is not the case for most of the behavioural patterns we wish to create in our everyday life. Therefore, it is not only important that behavioural architects closely observe the existing behaviour and draw up an effective action choreography, they must also incorporate how the surroundings influence actions. This is such that they support appropriate behaviour instead of working against it, no matter if it’s about moving the syringe box to another side of the table, or about how the security staff in the airport should stand relative to travellers.

You can read more about action choreography in the second part of this blogpost, where we talk about how we used this technique at another place in the airport. There the challenge was to make the boarding procedure more effective so Emirates could get the world’s biggest airplane – Airbus A380 – to take off on time.

The second part of the blogpost will be published next week.