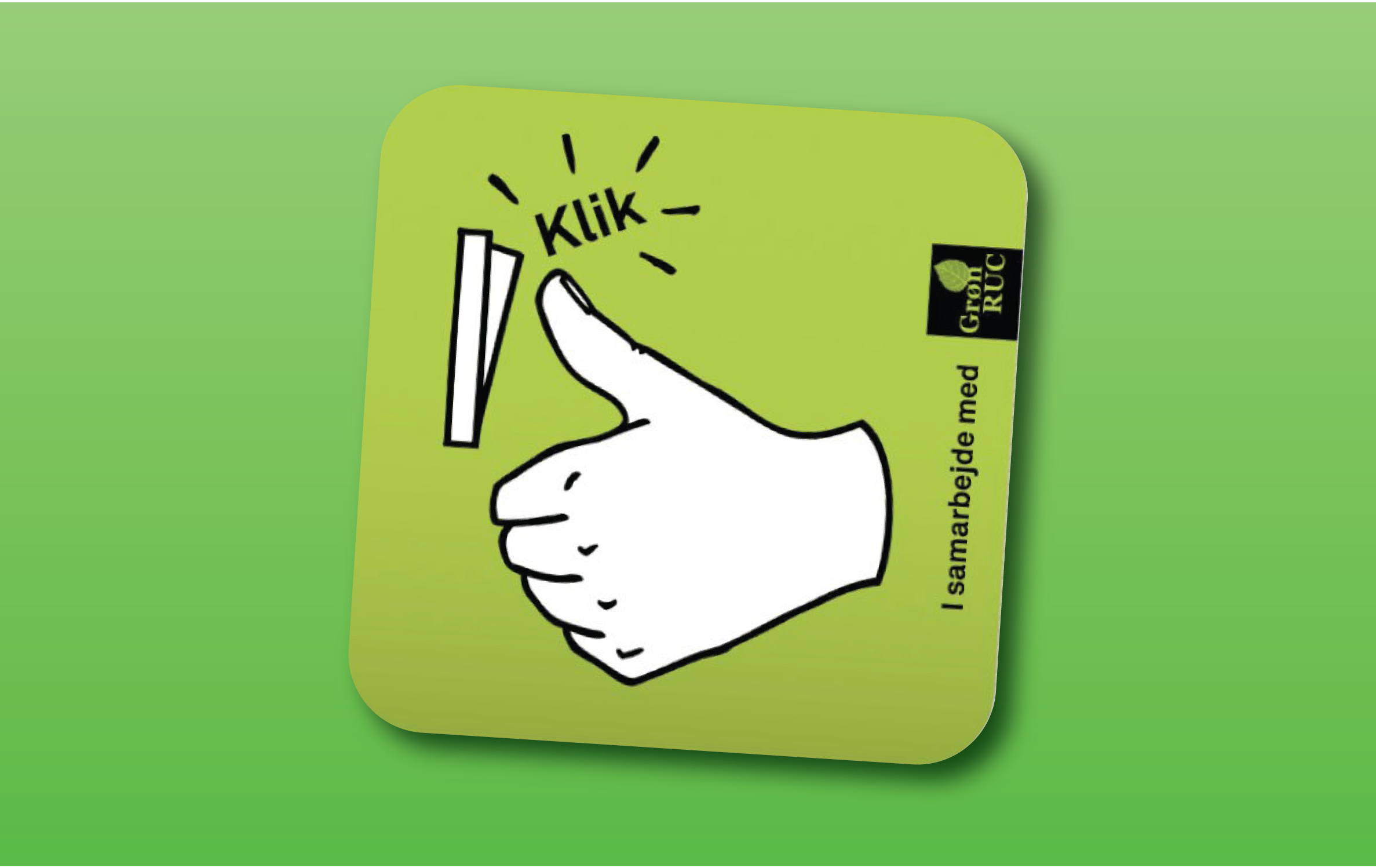 In this blog post we review the student experiment ‘Click’, aimed at reducing unnecessary energy usage at Roskilde University by combining priming with greater salience.

Living in the colder parts of the Northern hemisphere surely has its advantages. In Denmark our longest days adds up to over 17 hours of daylight in the summertime – but, as with most things, there is a price to pay for our long summer days. At wintertime our shortest day has only 7 hours of natural light. This so called “price to pay” is not simply a metaphor for the psychological impact of sunlight deprivation but also the very real price of your energy bill. In this post we describe how a group of Pelle’s students, in 2012, sought to make an intervention aimed at reducing the energy costs at Roskilde University. The intervention ended up with the quirky name “Click”.

According to Statistics Denmark an average Danish household expends 5.200 kWh a year which is equivalent to every Danish household spending 1.500 € a year on electrical devices alone! Most of these are hard to cut, such as cooling (15 pct.); warming (15 pct.) and the ever growing need for entertainment (23 pct.). Still, there are some energy related expenses that serve no other purpose than to remind us how hard it can be to establish proper habits and the best example is electrical light burning in an empty room. Roskilde University had just such a problem with its energy expenses, but didn’t have the necessary budget to solve it by upgrading to more advanced energy saving technology e.g. by installing sensors that automatically turns the lights on and off. The only conceivable change in energy consumption would have to start with the daily users of the buildings making it the perfect problem to solve with a nudge. The Click aimed at reducing the number of lights that were on after the last student had left the various rooms on campus. According to the methodology developed and used today by our team, their first goal was to diagnose the root cause of the problem. This part is normally where a long (and sometimes tedious) process of observation would take place, but due to the nature of this specific problem, observation wasn’t possible. Quite simply, observing would defeat the purpose of looking at the last person in the room.

So the group had to apply a more indirect approach and come up with possible (and plausible) reasons that would cause a person to leave a room with the lights on. The answer to that question may seem trivial – they do it because they forget – but diagnosing a behavior is often more complex than that. Firstly the group had to make the (safe) assumption that it was generally in everybody’s general interest that the lights were turned off, so as to not waste unnecessary resources. This meant that the problem likely happened because of a habit-related routine and not due to some conscious decision. Keeping that in mind the group had to find a way to tap into the students’ (presumed) preexisting preference for both the environment and the university’s financial situation at exactly the right moment. Again, the group had to speculate about this exact moment, given that they lacked the technological means for obtaining direct empirical evidence (like camera surveillance). What they came up with was the assumption that leaving the study rooms on campus required a lot of small individual automatic routines, like packing ones bag, picking up ones trash and checking for train or bus schedules. It seemed fair to assume that when the student finally left the room the little light switch could easily be overlooked, and thus the rooms on campus often remain well lit to the benefit of no one. The task then was to find a way to prompt the students’ attention towards the light switch between those few seconds of time when they were leaving the room – the result was the “Click”.

The “Click” was a two-part package working to promote the students own desire to save energy by turning off the lights. The first part was a poster that had a drawing of a thumbs-up hand directed at a light switch with a written sound effect saying “Click”. The posters background was green and at the bottom there was a text saying, “More than 85 pct. of the students at Roskilde University remember to turn off the lights. Do you?” The text was framed as a descriptive norm meaning that it informs about how the majority acts in some situation. The use of descriptive norms has proven to be an effective tool for changing people’s behavior. In a previous experiment by Professor Emeritus of Psychology and Marketing at Arizona State University Robert Cialdini, descriptive norms were used for encouraging hotel guests reuse of their towels. Cialdini’s sign notified guests that more than 75% of previous guests had previously reused their towels in that exact room – which led to a staggering 49.3% increase in reused towels.

Besides communicating a descriptive norm the Click posters were also designed to prompt a priming effect in those who saw them. If you haven’t read previous posts mentioning the priming effect it is, in short, an implicit memory effect in which exposure to a stimulus influences a response to a later stimulus. In Daniel Kahneman’s book “Thinking Fast and Slow” the priming effect is illustrated through a series of experiments documenting the influence of the priming effect – like how a group of people previously were exposed to a word associating test that contained words associated with old age (bald, wrinkled, Florida ect.) which subsequently made the test subjects walk slower then the subjects who hadn’t been exposed to words associated with old age. [1]  [2]. In the Click Intervention the priming effect was both in the green background color, the thumbs-up hand (that also resembled the Facebook icon for “liking”) mimicking the action of turning off a light. The second part of the intervention was a green text-less sticker without with the thumbs-up hand clicking the light switch. The stickers were placed in rooms that didn’t have automatic lighting in the two designated buildings and placed strategically and as salient to the students as possible exactly when they were required to turn the lights off. The idea being that the effect of the poster (especially the written descriptive norm) would be synonymous with the thumbs-up symbol and thus the stickers wouldn’t need any text.