A Calorie Nudge For Vending Machines 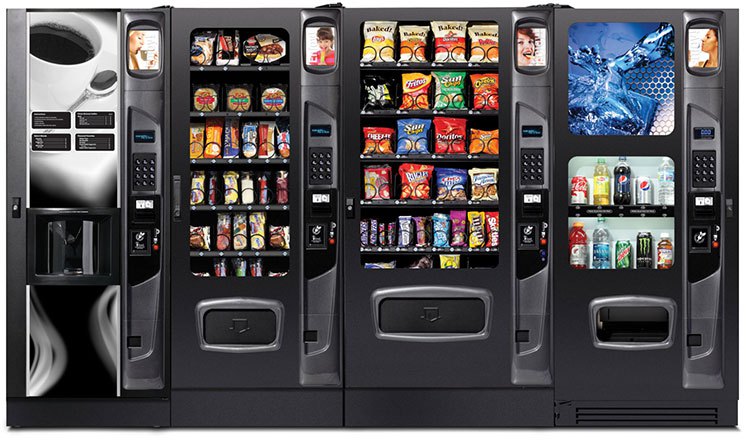 Sugar intake is being linked to obesity and cancer rates. Soft-drink companies now considers nudging calorie intake by providing information on the amount of calories contained in drinks in their vending machines.

Lately in the USA and elsewhere, there has been much debate about sugary soft drinks. Health organizations suspect sugary soft drinks play a major factor in the obesity rates in the US. Furthermore, it seems that there is a strong link between obesity and cancer rates.

This debate has fueled much creative thinking amongst politicians and interest groups that wish to do something about the problem. Most notably is the mayor of New York’s initiative to prohibit bars, museums, sport stadiums, cinemas, etc. selling soft-drinks containing more than 16-ounces – aka. the ‘Big Gulp Ban’.

There has been speculation about whether this ban is a nudge or not [1].

However, in order to eliminate obesity, preventing people from buying large sodas is neither the ultimate solution nor the only one. At best, the ‘Big Gulp Ban’ will be one element on a long string of interventions.

Now a new initiative will be rolled out in Chicago and San Antonio municipals in 2013 before (possibly) spreading to the rest of the USA. This nudge aims, just like the ‘Big Gulp Ban’, at reducing consumption of sugary drinks.

The idea is quite simple: by labeling each soft drink in a vending machine with a calorie count, thirsty soft drink consumers are nudged towards the healthier options available.

Figure 1. A vending machine with highlighted signs of calorie counts

This nudge is partly similar to the speeding feedback sign, since the pivotal element is providing feedback on choice in the exact situation when choosing – a so-called “situated information nudge”.

Since this nudge has not yet been rolled out and tested, it is mere speculation whether it will work or not. Obviously the effect depends on how prone the users of the vending machines are to information of the calorie content in the soft drinks.

A similar intervention, however, seems to have worked reasonably well – and it was conducted in Denmark by one of the active members of the Danish Nudging Network.

Experience from The Danish Cancer Society

The Danish Cancer Society (Kræftens Bekæmpelse) conducted an experiment very similar to the one described above with calorie counts on soft drink vending machines. The main difference between the two being that the experiment of The Danish Cancer Society was a study of calorie postings on a hot beverage machine containing various coffee and hot chocolates instead of cooled soft drinks. 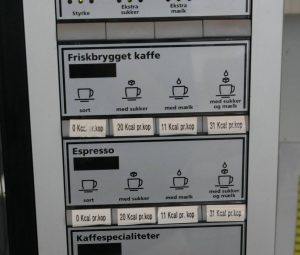 Figure 2. A close-up of the stickers placed at each selection of coffee on the vending machine

Alongside the hot drink vending machine they placed two small posters with information on the time it would take to burn the calories contained in selected coffees depending on different activities – the time estimates were based on a man weighing 80kg and a woman weighing 60kg. This poster offered a perspective on the impact of choice at the vending machine for the many of us who do not have a clear conception of how many calories we should consume per day or per meal. This is an important feature, since without a clear idea of how calories relate to nutrition and health, a calorie count is empty or useless information.

The experiment was initiated as an internal pilot project in order to test whether calorie information in choice situations – a situated information nudge – is able to affect decisions.

Although the report didn’t conclude any general tendency (due to uncertainties, possible fallible sources, a very limited sample and limited feedback from the users), it was evident that some users changed their choices of hot beverages at the vending machine in favor of those options containing fewer or non calories.

In other words, the situated information nudge on vending machines definitely has potential, but needs further documentation on its effect. Hopefully there will be more evidence available soon!