How To Nudge Alzheimer’s Patients At The Bus Stop 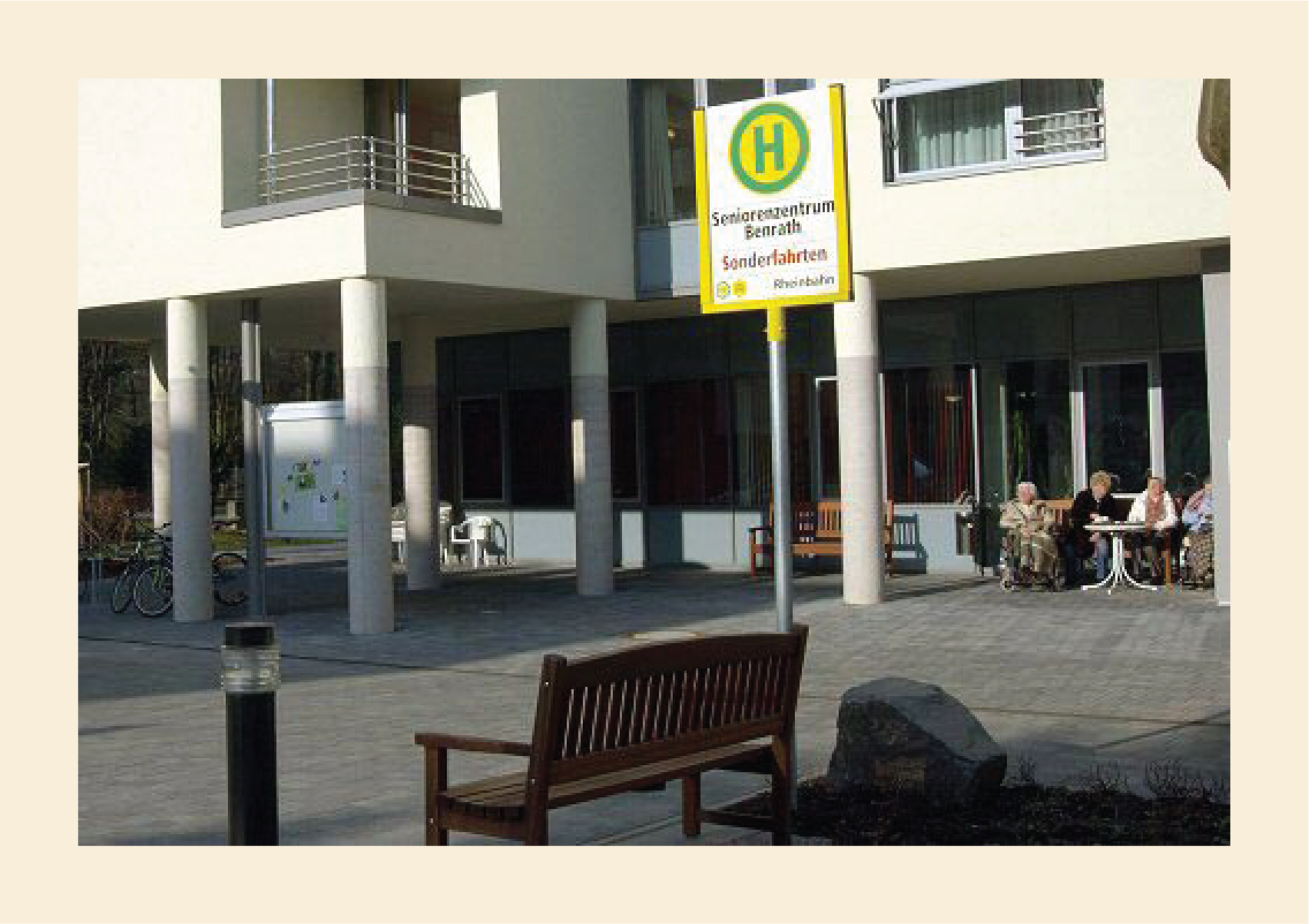 The fake bus-stop outside Benrath Senior Centre in Düsseldorf. It looks like an ordinary bus-stop with the tiny exception that no buses arrive.

When we talk about nudging there’s a tendency to think of it in broad terms as tools and techniques that affect people in general, but this definition miss out on a lot of possible nudges, often far more effective than the general ones, that target specific groups with specific psychological traits.

One such nudge is the fake bus-stop outside Benrath Senior Centre in Düsseldorf. It looks like an ordinary bus-stop with the tiny exception that no buses arrive – ever, and the reason for this fake bus-stop is as brilliant as the idea is simple.

The Senior centre has a lot of elderly patients with Alzheimer´s disease, a disease that obstruct short term memory and often leads to profound confusion, which in turn makes the patients forget where they are as well as where they are going. This means that caretakers and nurses face a series of hard choices, since Alzheimer’s patients, who are often mobile enough, may wander of, and often end up lost and prone to traffic accidents or hypothermia.

The risks associated with a lost Alzheimer´s patient are so serious that the staff often have to resolve to drastic measures like locking the doors or calling the police – both solutions that add to the confusion and misery of living with Alzheimer’s disease. At Benrath Senior Centre, however, they decided to try a new solution.

Nudging At The Bus Stop

The fake-bus stop solves many of these problems and even reduces the need for coercion, all because someone took the time to understand why patients ran off, and designed a nudge that matched.

It turns out, that the patients often are looking for the quickest route back to the home they remember having when they wander off. This desire draws them to the bus stop since it brings back memories of all the routine return journeys they have taken throughout their life. After a while of waiting the desire to return home fades and the staff can gently escort the patient back to the centre.

This ingenious solution highlights one of the most appealing features of nudge – that you have to respect and understand your target group if you want to influence their behaviour without coercion. But if you invest both time and energy, small solutions like a fake bus-stop can make life easier and reduce injuries.