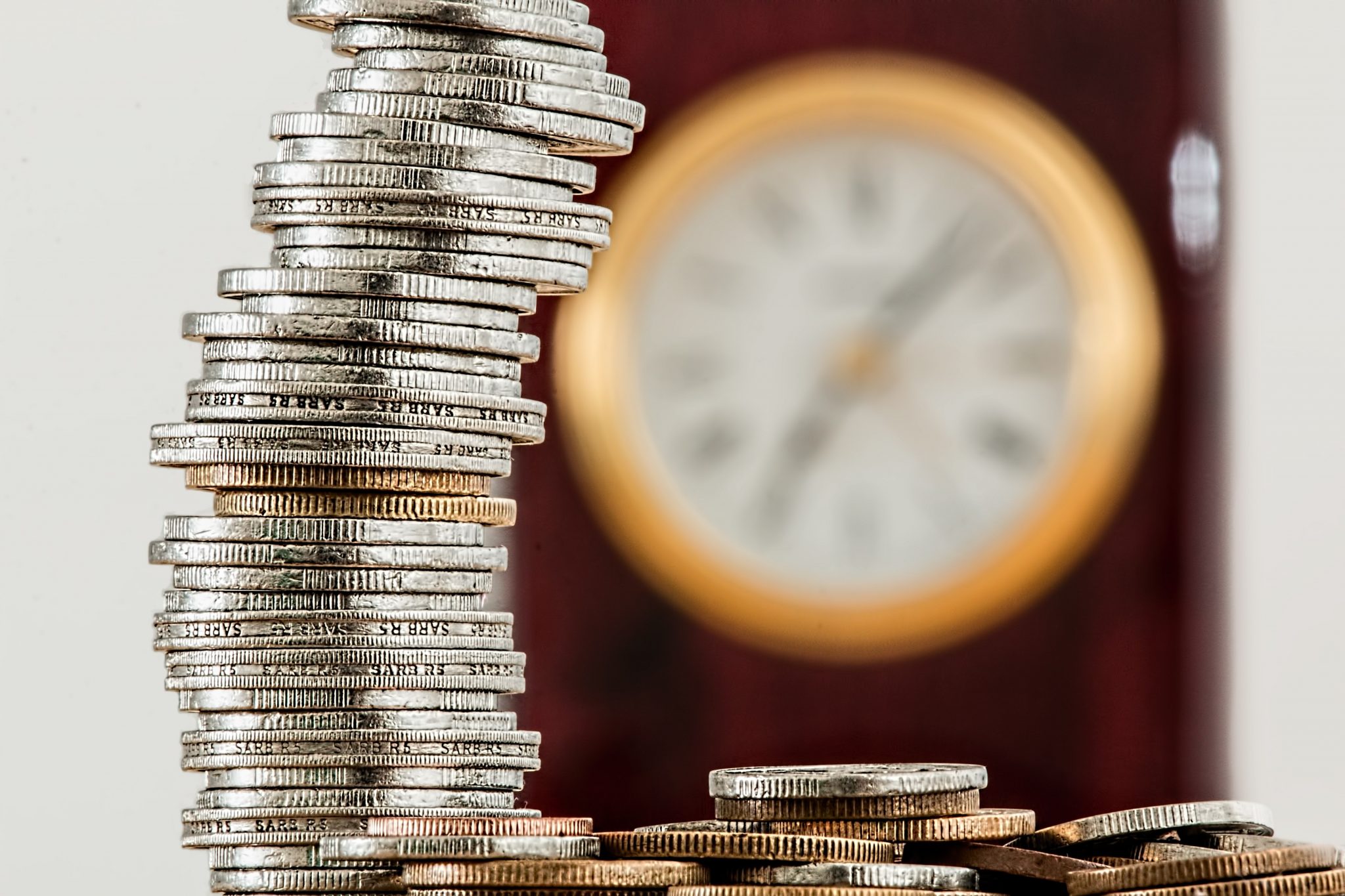 In the last 6 years iNudgeyou has worked with agencies and ministries to integrate nudging in communication and treatment procedures, in order to lighten the administrative burden for all the involved parties. In 2016 the Danish tax agency SKAT asked us if we wanted to conduct an experiment, with the goal of making more Danish companies register their tax returns on time.

Every year all Danish people have to report their tax return to SKAT. That means they have to report how much they earned in the previous year and thereby how much they need to pay in taxes. Since 2008 SKAT has made this procedure easier by prefilling individual tax returns, and making this the default choice, which is reported automatically, unless you make changes.

Over the years, iNudgeyou has become known for having developed AIMS© , a diagnostic approach to nudging. This means that every intervention is developed based on an analysis of what psychological mechanisms lead to the inappropriate behaviours we want to change. It is both more effective and more justifiable than simply guessing and trying out different nudging techniques. AIMS© stands for:

Especially attention was an obvious approach to this problem, as the hypothesis was that many newly started and small companies had not noticed that Danish companies still must actively report tax returns, as opposed to personal tax reporting. In similar situations, for example the health sector, several studies have shown that simple reminders can make a big difference with respect to appointments and compliance (see for example Hasvold & Wotton 2011; Stubbs et al 2012). Such a reminder could be made even more salient by highlighting possible consequences resulting from the inappropriate behaviour.

A Reminder At The Right Time

On the basis of this, SKAT used the online communication system e-Boks to send an email reminder on June 23rd 2016, one week before the deadline of July 1st, to the approximately 119.000 companies that had not yet reported their tax. In 2015 an email was sent to all companies one month before the deadline; in 2016 an additional email reminder was sent one week before deadline. Additionally, the 2016 email integrated loss aversion, by emphasizing the potential loss when not reporting tax on time. In 2015 this information had only been a part of the body text in the first email. Thus, in 2015 the heading was:

while the 2016 reminder email had the heading:

Due to common considerations regarding equal treatment of companies, and a primary goal to achieve the biggest possible effect from the companies, we decided not to use a simultaneous control group on the main intervention, but instead compare with the reported numbers from 2015.

Instead, three versions of the main intervention based on loss aversion, each of them including one additional nudge, were sent out:

Version 1: Added salience by applying the word “NOTICE” in front of the text.

Version 2: Added an introductory sentence aiming to activate ego-consistent actions by drawing attention to whether the company had previously made any actions that committed it to report tax in time.

Version 3: Consisted of salience, ego-consistency, and an action-oriented instruction on how to report taxes.

The result is shown in the graph below. The rate of opening (i.e. reading) the reminder email was largely the same across all three versions, which is to be expected as the subject line for the email was identical in the three versions. Also, the click rates and timely reporting of tax was identical for the three versions. Therefore, we cannot conclude that one version of the reminding mail had a larger impact than the others.  There is, however, a significant increase in the share of companies reporting tax on time, relative to 2015. In 2016 74 % of Danish companies reported tax on time, as opposed to only 65,3 % in 2015. This gives an effect of 8,7 percentage points across email 1, 2, and 3. 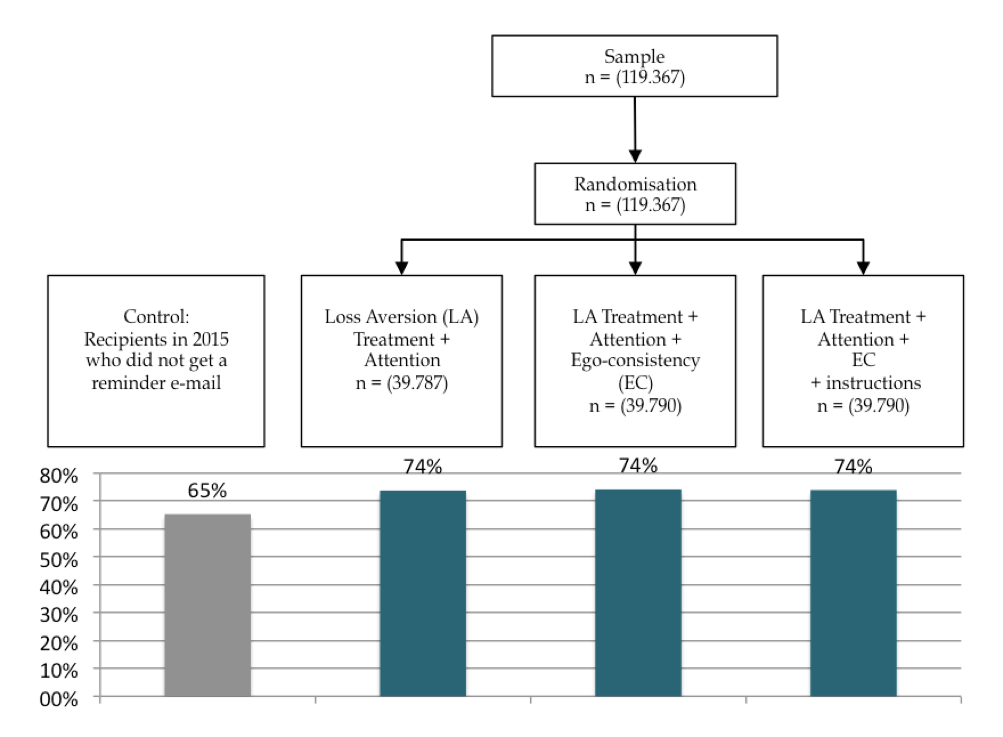 It is important to note that the reminder email was part of a broader campaign focusing on reporting tax on time. Therefore 2015 does not strictly constitute an actual control group, as it is not possible to isolate the effect of the reminder email from the concurrent campaign. Only the effect of the sub-nudges is isolated, and here we can see that the different approaches in version 2 and 3 do not have any additional effect.

Despite not ending as a classic controlled experiment, it is clear to see that nudging can easily be integrated with the more traditional communication initiatives. After all, the experiment tells us that a combination of a diagnostic approach and the traditional initiatives led to an effect of 8,7 percentage points relative to 2015.