What Financial Behavior Can Learn From Foraging 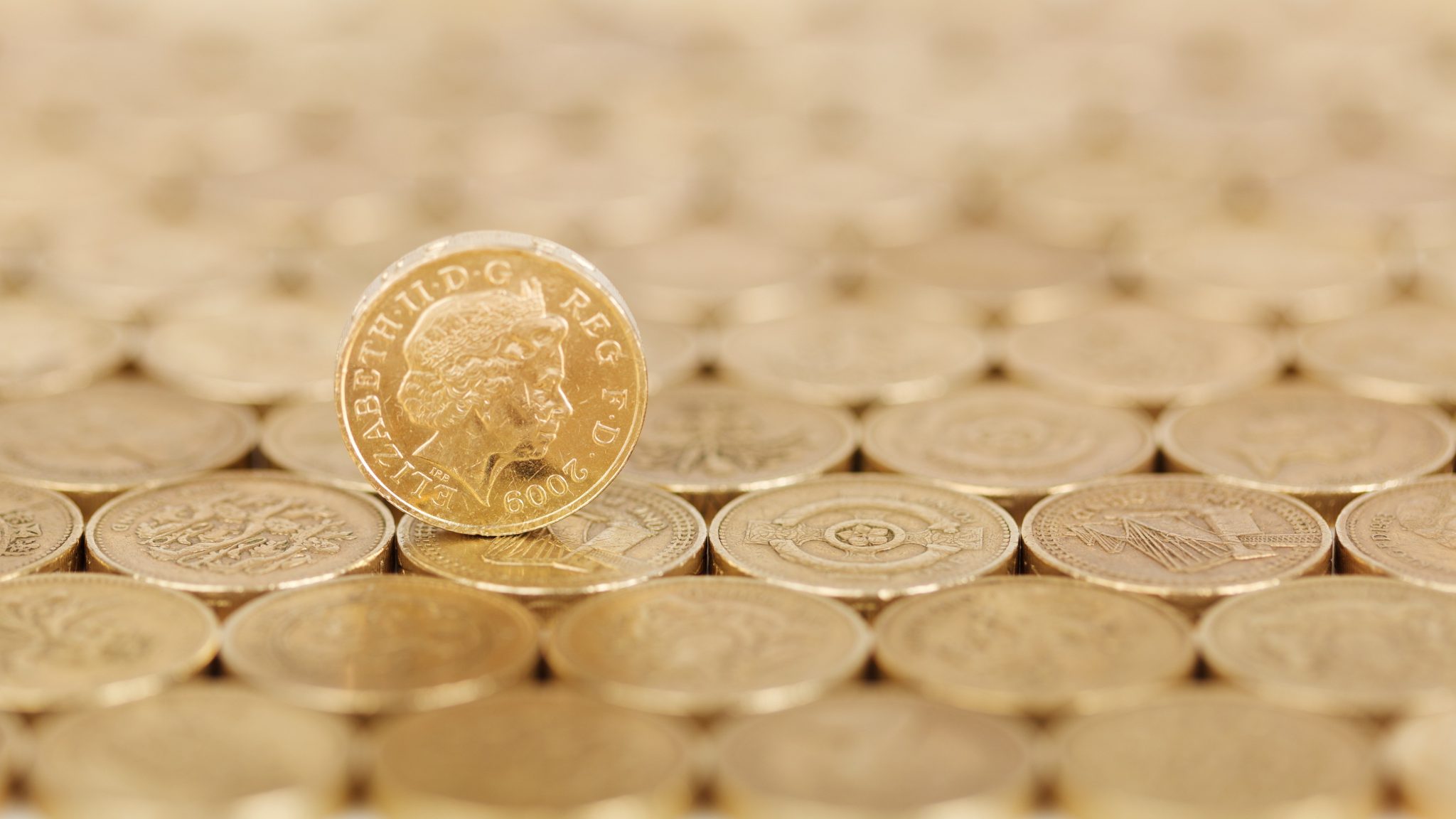 In this post we look at financial literacy and how it corresponds with behavior. Finally, we turn to a different type of behavior, namely foraging, and see if the insights from that can explain some of the oddities in our financial behavior.

The financial crisis didn’t just affect banks and governments, hit also took a heavy toll on the mainstream population, especially home-owners and everyone else working in construction and manufacturing. This has caused a torrent of media attention on the insolvent and the broke, and run-of-the-mill  comments from pundits about all the things that Average Joe should have done to avoid financial ruin. In short – blame is being distributed and a substantial part falls on the those who go caught up in housing bubbles and evaporating jobs.In the slipstream of the greatest financial crisis of modern times reflection has set in. Politicians, policy makers and academics all rush the media with their versions of what initially caused the crisis and let the world know what they believe should be done to avoid similar financial meltdowns in the future.

Comments on the causes of the financial meltdown are as plentiful as personal opinions tend to be; too much regulation, not enough regulation, individual greed, rampant financial institutions, the roar of the market – take your pick.

Is Financial Literacy The Solution?

Yet, across the political divide there seems to be one oft repeated comment which brings together left and right: we need to improve our financial literacy!

The claim that low financial literacy played a key part in the financial behavior that lead to individual insolvency (and thus collective catastrophe) seems to be almost universal. It is typically supplemented by surveys showing how large parts of the population (both in EU and US) lack a basic grasp on simple economic concepts such as interests, amortization, savings and seasonal costs. To make matters worse most of us also seem to lack the basic math skills needed to navigate safely in financial waters (which pretty much boils down to some basic level of arithmetic).

These assumptions appeal to our intuitions and it seems devilishly reasonable to assume that our irrational economic behavior is mostly caused by a lack of financial skill and literacy – “we  didn’t know better” – when we collectively applied for payday loans, overdraft protection and sketchy amortization deals on our mortgage loans.

But, as it often turns out, these intuitive financial assumptions are more appealing than correct.

An Argument Against Financial Literacy

Let’s look at a three tiered argument for why we should avoid falling for the ‘financial literacy improves financial behavior’ fallacy. We start with the most important part.

In a recent and extremely thorough meta-analysis of several empirical studies (201 in fact) the three authors, Fernandes, Lynch and Netemeyer, systematically review how effective financial literacy based interventions are when it comes to making changes to financial behavior. The study concludes that there’s virtually no evidence indicating that financial literacy programs impact subsequent financial behavior in target groups.

In fact, the authors conclude that:

We find that interventions to improve financial literacy explain only 0.1% of the variance in financial behaviors studied, with weaker effects in low-income samples

The study reflects and enforces previous findings by Law Professor Lauren E. Willis who concludes that:

It may sound paradoxically, but when it comes to our financial behavior, education seems to be an ineffective and expensive means to change it. But why?

What Is Financial Behavior And Literacy?

Before we attempt a tentative answer to that question, we need to understand exactly what we mean by good “financial behavior(s)”. The broadest definition possible might sound something along the lines of:

Choices that provide you with enough resources to get what you (realistically) want from day to day, at a low risk of financial ruin including a retirement investment strategy that suits your individual profile in terms of risks and returns.

Obviously such a broad definition gets us nowhere – it’s just too vague and general and, more importantly, it makes proper quantification impossible. So, instead we have think about what types of decisions and behaviors that would help us achieve a healthy financial behavior in general.

In their meta-analysis Fernandes, Lynch and Netemeyer do just that. According to them a sound financial behavior is when you,

All in all you have to understand your financial needs (long and short term), plan systematically and have the confidence to make investments. And supposedly most financial literacy programs attempt to convey these qualities to the target audience. So why are they so unsuccessful?

What We Know And What We Do Are (Often) Different Things 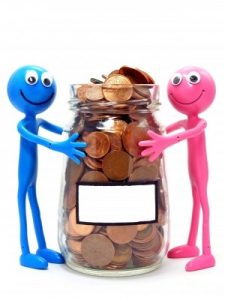 In order to help people to get a sound grasp of their financials, looking toward other areas might be of value.

There are also a great deal of similarity in the strategies we use as an attempt to get people to change their behavior. We educate and inform about healthy and unhealthy food, explain caloric needs for the average person, provide strategies for long term improvement through diet and exercise programs and to some degree regulate what kinds of information food providers are obligated to pass on to the consumers of their products.To gain a better perspective we should start by looking at other types of behavior, and especially to our dietary behavior. The way we consume food is, in many ways, comparable to how we spend our money. We have to understand our nutritional needs and plan for them in our everyday life to reach them effectively.

It seems pretty straight-forward to think of all this as attempt to improve “nutritional” literacy with the same overall tools as we employ when we wish to boost financial literacy.

But, when it comes to nutritional behavior, we know a lot more about how effectively contextual factors play into our decisions about what and how much we eat. Brian Wansink, professor in nutritional science at Cornell University, has uncovered a wealth of these contextual factors in his experiments. Without going into too much detail (as we have written extensively on these earlier) contextual factors can be everything from portion sizes, proximity to the food, to consumption feedback and more.

Similarly, experiments on willpower typically use food as a check mark for low and high levels of self-control. Baba Shiv and Alexander Fedorikhin provide us with a famous example of this in their article “Hearts and Minds in Conflict”. They show that when short term memory is placed put on a high load, will-power decreases, and it is more likely that we subsequently choose the tempting chocolate cake over the healthy fruit salad.

Given that the participants in these experiments are very likely to hold similar levels of nutritional literacy and goals, the difference in caloric intake comes down to the contextual factors that the experimenters control. What the experiments show is this. If you are placed in a situation where high calorie food is both abundant and prominent, and if your working memory is depleted, you are far more likely to cave in to temptation – regardless of what you know and want in the long term.

How is this relevant for financial behavior you might ask? After all, food and money are two very different things and simply transferring insights from one behavioral arena to another runs the risk of over simplifying things (and we’re seemingly having problem in combatting the world wide obesity epidemic). Still, the decisional apparatus we employ in making financial decisions is the same one we use for choosing what goes into our diet.

In recent years a lot of attention and energy has gone into exploring the possibility of helping people live healthier lives by using nudges to make the healthier choice the easier one to make. But something similar is yet to be seen in terms of day-to-day financial decisions. Thaler and Benartzi’s Save More Tomorrow program is an excellent example of how to overcome contextual barriers to sound financial behavior, but before we see more nudges of that persuasion, our financial literacy programs amount to telling an already overweight person who lives at McDonalds, that he should probably cut down on calories and eat more vegetables.