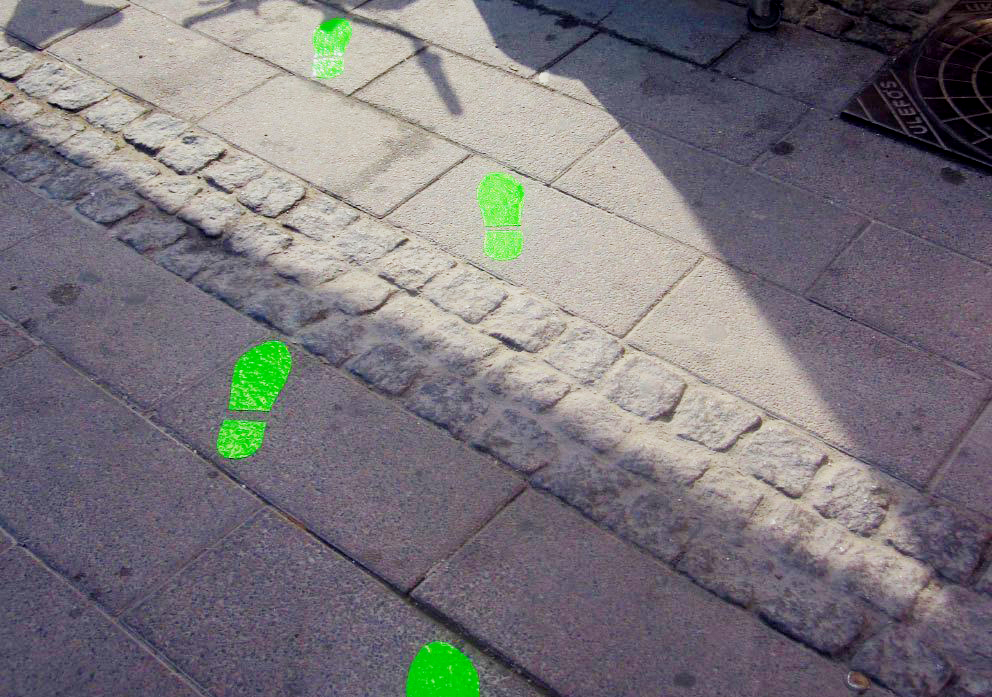 Individual littering behavior introduces collective harm that accumulate into significant societal costs. Could simple stickers be a great step towards a greener city?

Walking through the streets of Copenhagen offers many rewarding experiences – from beautiful statues of old kings to the beat of a vivid and trendy capital. But a stroll through Copenhagen offers more than just your typical European castles. I´m talking about the clean streets that has been ranked by tourists as the cleanest city in Europe.

The Gap Between Attitudes And Behavior

This achievement didn´t come cheap though. People in Copenhagen are prone to littering (studies show that every third Dane occasionally leaves his or her trash on streets or in parks). This is somewhat surprising, since about 90% of the Danes claim to be concerned about littering. It seems that this situation with its large gap between what people want and what they do could benefit greatly from a little nudging.

In 2011 Pelle G. Hansen and his students from Roskilde University came up with a litter-reducing nudge that they proceeded to test in the streets of Copenhagen.

First the students handed out free caramels to pedestrians. Then they counted the number of wrappers on the street, in the street’s garbage cans, on side streets and in bicycle baskets.

Finally, they placed green footprints that led to the bins, handed out caramels again and repeated the counting exercise. The result was a startling 46% decrease in wrappers ending up on the streets.

The green footprints nudge was not just effective – it’s also a great example of the “making things easy” part of the nudging-doctrine. Finding a garbage can in a hurry isn’t always the easiest of tasks, so by simply making them salient really helps people achieve what they initially want (getting rid of their trash and at the same time keeping the streets clean).

The Role Of Social Norms 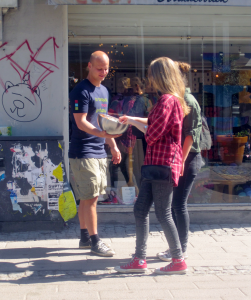 But making it easy may not be the whole story behind the successful green nudge. The green footsteps nudge was one part of a larger experiment. The other part consisted in an experiment run by another group of Pelle’s students at the Copenhagen Central Station. Here 23.000 people were observed as they were nudged to use the stairs rather than the escalators by similar stickers (though the stickers there had the shape of arrows).

However, the nudge for the stairs was measured only to have a small effect – approx. 2-3 %, but still significant. In the world of marketing that’s good news, in the world of public policy, it’s bad.

Both experiments aimed at nudging people passing through public space to do something preferable but inconvenient on their way to work. Though we know that people respond with pro-social behavior when in good mood, when lucky or when being treated fairly – e.g. after being handed a caramel – the experiment of green footprints was, as the nudge for the stairs, controlled for such effects.

It also seems unlikely that the large difference in effect could be caused by the small difference between shapes of footprints and arrows. Yes, ‘action devising’ is a crucial element of designing for behavioral change, but it is safe to assume that commuters could easily infer the encouraged action from the arrows.

There are much more to be said about the larger experiment combining footprints and nudging for the stairs, but to get those you will have to wait for the forthcoming paper.

Back To The Footprints

Littering is often caused by bad habits. Even if there’s an economic penalty for littering, usually some sort of fine, it would need to be enforced daily and everywhere to really impact peoples habits and automatic behavior. This isn’t exactly the cheapest solution.

The footprints on the other hand work as a visible reminder for pedestrians who aren’t fully aware of their actions when they litter and so end up being a far more effective tool than empty threats.

Lastly, it’s a sign of respect, and a recognition of the fact that the citizens of Copenhagen actually do care about the state of the city streets, they just need a little nudge to effectively carry those concerns out in their busy every day lives.

Copenhagen becoming the cleanest city in Europe would indeed be a great achievement and even more so if it were to be achieved through collective care by the people who live there and use the streets all year round.